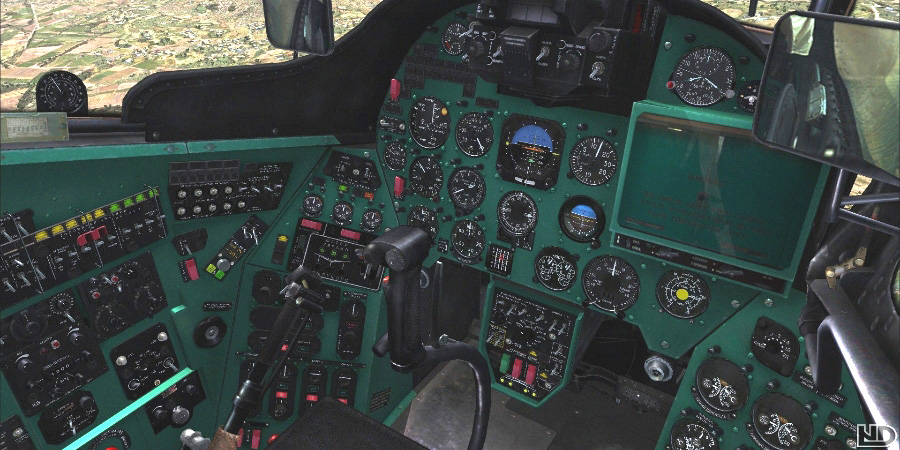 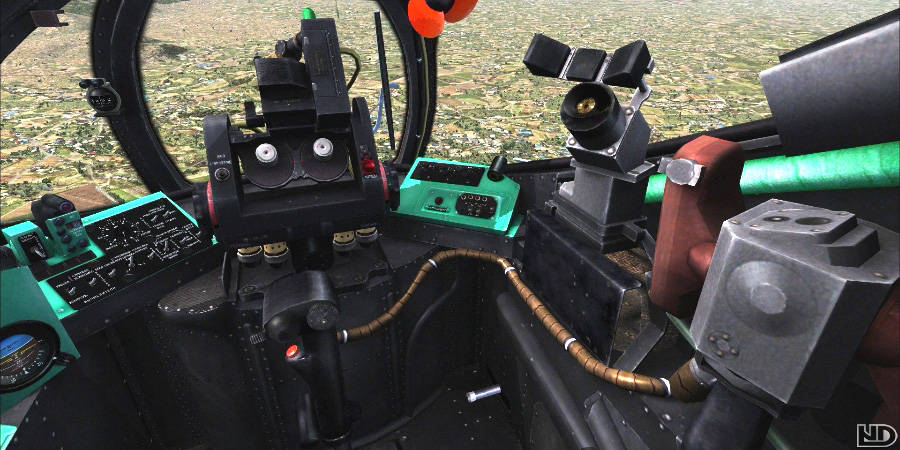 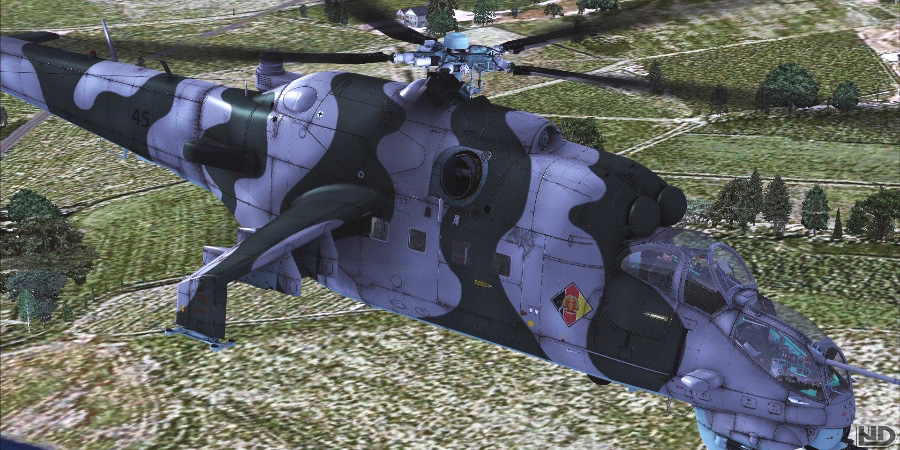 The well known Mi-24 is an attack/low capacity transport helicopter which was developed by the Mil Moscow Helicopter Plant in the late 70s in the former Soviet Union.
The Mi-24 (NATO designation Hind) is one of the most widely-known assault helicopter gunships in the world, and remains in service with at least 50 air arms.
The Mi-24 was developed from the Mi-8 multirole transport helicopter and was first flown in V-24 prototype form in 1969. The definitive initial production variant was the Mi-24D Hind-D. This introduced heavily-armored, stepped cockpits ant an undernose gun turret. This gunship has a crew of three and can carry up to 8 fully-equipped troops.
The Mi-24V type, (NATO code HIND-E), is the advanced version that came from the Mi-24D type. The major change is in the use of a STURM-V device, which is the modern and more efficient navigation system, and the use of 9M 114 (AT-6 SPIRAL) anti-tank guided missiles, which are fired from two cylinder containers mounted at each wing tips. It's capable of 310km/h in high-speed cruise, 750 km maximum flight distance and 12,500 kg maximum takeoff weight.
This addon represents the "Mi-24V Hind F" variant.